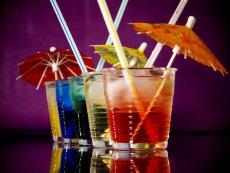 Though all the crannies of the world we filled with elves and goblins, though we dared to build gods and their houses out of dark and light, and sow the seed of dragons, 'twas our right (used or misused). The right has not decayed. We make still by the law in which we're made.
— “Mythopoeia”, J.R.R. Tolkien

I read Derek Brown’s article in Table Matters “Bartenders, Stop Making (Up) Cocktails” today with a great deal of dismay. For under a great deal of flowery language and appeals to long dead psychoanalysts was a sense of utter, terrible defeat, and a denial of one of the greatest aspects of humanity.

His first sentence makes this evident, where he claims that “[a]mong the worst instincts known to man is that of creation.” I would hesitate to ask him what he thought the best instincts were. He proceeds to indict the entire craft cocktail movement and its practitioners, passing them off as places “where you can drink new cocktails made with quirky ingredients such as dehydrated carrots, yogurt and thai chiles. “

The root cause of this defeatist attitude? Once upon a time, Mr. Brown decided to make a warm version of the Cosmopolitan, and now that he’s had an appropriate amount of time to think about it, he now realizes that “Yes, it was terrible.”