Norton I, né Joshua Norton, was a 19th Century San Francisco vagrant and beloved social fixture who declared himself Emperor of the United States and Protector of Mexico, a declaration indulged by San Francisco high society and lovers of the odd and extraordinary alike. I honor His Imperial Majesty with an appropriately eccentric and elaborate drink befitting the breadth and grandeur of his Empire, with a notable appearance by Fernet Branca, his capital city's equally unusual and beloved amaro of choice. 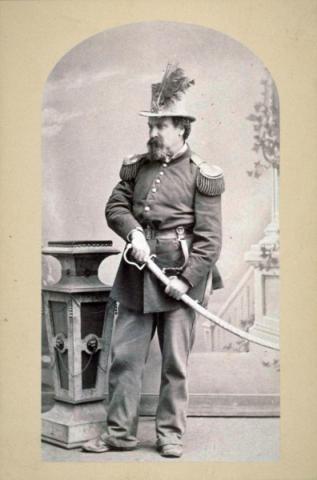 Would a lime twist or lime wheel be the intended garnish mentioned in the instructions?