An excellent drink for the drinker exploring the world beyond sweeter drinks. 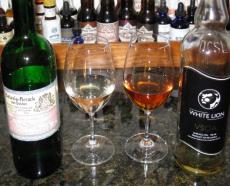 The Curious History of an Early Spirit

It went like this, but wasn’t. Some four thousand years ago in Mespotamia, the perfumers at the court of King Zimrilim created a technique to separate the essential oils of precious woods and flowers from the woods and flowers themselves in order to embalm their dead. Originally, this probably involved soaking flower petals in warm water and capturing the fragrant oils that rose to the surface. What they called this method is lost, but other cultures refined their work into the art and science now known as distillation.

Many ancient scientists ran up against this phenomenon. In the fourth century BCE, Aristotle realized that seawater could be made drinkable by distillation, and that the process could be applied to wine and other liquids, though there is no record of his actually distilling wine. To the ancient Egyptians, Romans and Greeks, distillation must have seemed like magic, and their knowledge was guarded from unknowing eyes.

A major advancement in distilling came between the 3rd and 4th century CE with the invention of the alembic (from the Greek ambix – a cup, typically made of glass) by Zosimos of Panopolis, an Egyptian. Having two vessels, one with the liquid to be distilled and one to catch condensed vapors with a tube running between them gave much more control and finesse to this delicate process. With a few modifications, this device is now known as a pot still.