Stir cold and strain. Garnish with an orange twist. 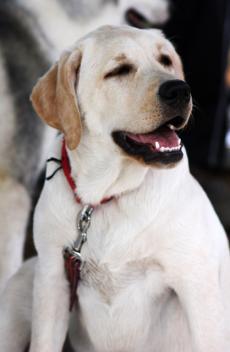 This is the fourth in a series on Bourbon by Zach Pearson. Read them all: Bourbon, Bourbon After the Act, Bourbon: What it is ... and isn't, Making Bourbon, Who Makes My Bourbon, Producer Capsules., Finding the Good Stuff, Tasting the Good Stuff, Neat, Mashbills, Geeky Information and Resources.

This is really pretty simple. A distiller buys grains off the commodity market: corn, wheat, rye, whatever their recipe demands. They also buy malted barley from a supplier; none of the large Bourbon distillers grow their own grains or malt their own barley. Each grain is milled into meal, which takes specialized equipment for each grain, then everything is cooked together, with the addition of each grain happening at a different temperature. Starch to sugar conversion is allowed to take place (due to the enzymes in the malted barley), then fermentation is started, typically with a secret yeast strain. After this, everything is dumped into a column still, where a first distillation happens. This liquid (at about 80 proof) is pumped into a doubler still where a second distillation takes it to between 110 and 150 proof. The spent grain, historically fed to pigs is removed from the still and a portion of it is used to “sour” the next batch of grain, ensuring proper pH for yeast growth.