Fill highball glass with ice, then add ice and ingredients to blender and blend until smooth. Refill glass and garnish 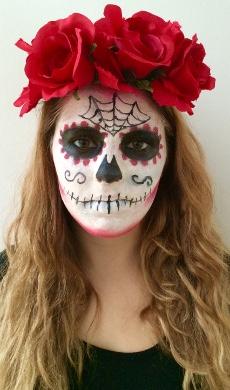 A Short History of the Corpse Reviver

Nineteenth century drinking culture was, in many ways, quite alien to what is socially acceptable today. The local saloon was more like a coffee shop – where (mainly) men socialized and drank throughout the day. Many people started and ended their day with a drink, and took them to waken the appetite, digest meals, or “whenever steam and energy are needed”. Many drinks in the middle of the 19th century reflect the notion of the energy and verve a quick stiff drink would give the imbiber: “flash of lightning”, “pick me up”, “refresher”, “invigorator” and our primary subject, the “corpse-reviver”.

The first reference I can find of a drink called a Corpse Reviver is in Lloyd’s Weekly Newspaper (London) on October 23rd, 1859 in which a theater reviewer describes Tom Taylor’s new play Garibaldi:

Suddenly, the reader will surprised to hear, every man jack of the company of troopers gets excessively drunk and incapable on a couple of enormous stone jugs of some American drink (possibly “corpse reviver” or “gone ‘coon”)…

One of the most interesting things about the search for the early Corpse Reviver is the lack of American sources that reference the drink. The earliest mentions are in London newspapers and magazines, and though they’re always very careful to call them “American drinks”, throughout the latter half of the 19th century, it is almost always European sources who give reference to the Corpse Reviver. Which makes a lot of sense, because no less than the celebrated Jerry Thomas introduced this drink to wild acclaim in London.